Reason to celebrate: Shipment of the first in-house manufactured mould 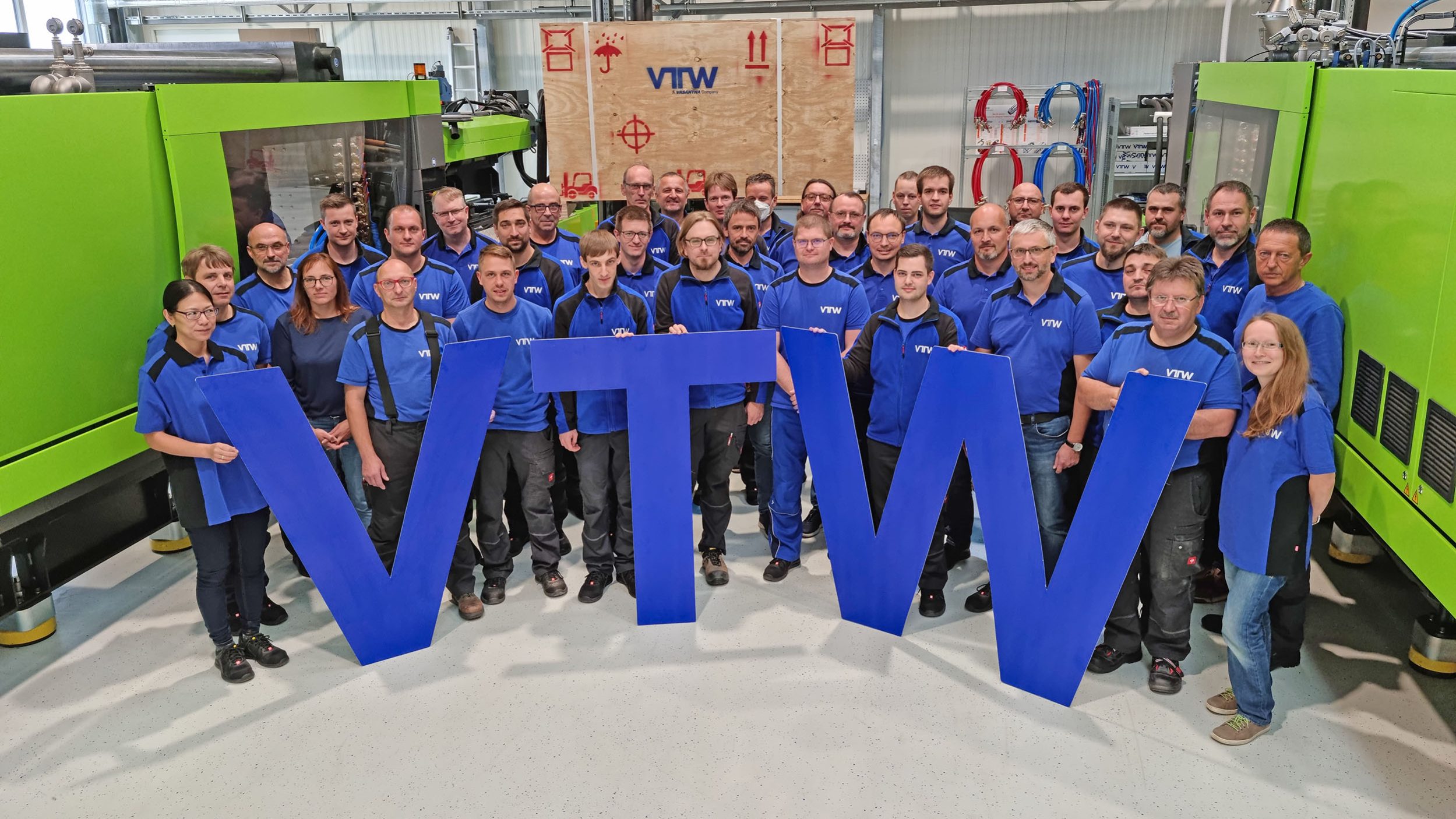 There was reason to celebrate in mid-October 2021, because less than half a year after the opening of the plant in May 2021, the first tool manufactured entirely in-house by VTW was ready for shipment.
With the receipt of the order for the series tool in April 2021, everything happened in quick succession, as the pilot mould was already started just one month later. After the production process, the sample parts convinced with a great performance and part quality. So there was nothing standing in the way of delivery to Sweden. The project managers took this event as an opportunity to celebrate with the entire team.